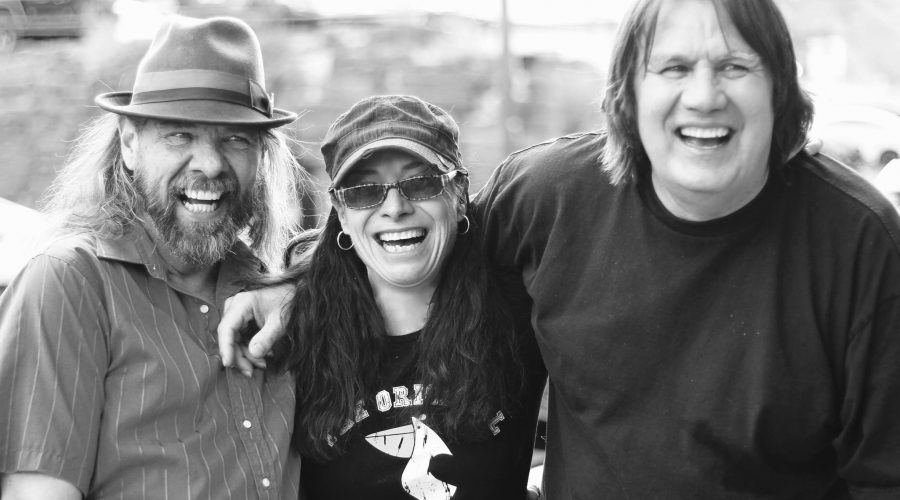 Photo by Susan A. Johnson

A local favorite! Rock n’ roller Lllory McDonald & COMBO DELUXE. Catch Combo one weekend per month at Spirit Room for all your long time favorite tunes & some of Llory’s rockin’ originals too!

Musical Background –   Llory started her musical career on Clarinet at the age of 6, playing in the band until 8th grade, when her brother threw his guitar in the garbage and she rescued it.

She joined her first rock band in high school, playing guitar, slide guitar and singing at dances and proms in Phoenix. She started playing the clubs in Phoenix at age 17 and formed her own band, The Llory McDonald Band in 1979. They opened for Paul Butterfield, Deep Purple, Iggy Pop, Jerry Riopelle and others.

They were playing concerts and clubs throughout the state of Arizona until 1984, when she moved to Los Angeles. There, she was playing in her own band Odds and Ends and in Jerry Riopelle’s band as a sideman.

She signed to Arista Records in 1988. She recorded a single which appeared on the “1988 Summer Olympics” album, along with various other artist including Eric Clapton and Whitney Houston. She also sang background vocals on Lita Ford’s 1988 release “Lita” on Dreamland Records. She signed a 3-year music publishing contract (1988-1990) with Blue Rider Music, where she sang on various singles and demos.

Dropped by Arista in 1989, she left the music business for the film industry, working as a production assistant and driver on films such as “The Dark Wind” with Lou Diamond Phillips and “When a Man Loves a Women” with Meg Ryan. She moved back to Arizona in 1994 and helped form Combo Deluxe.

Darryl Icard is a bass player/singer/songwriter. He has been playing and singing professionally since 1983 in every kind of setting imaginable.  He has performed and played all types of music from rock to reggae to punk and country.  He has also been writing and recording his own music since music came into his life.

While performing and learning his craft in live situations, he also attended college for theory and performance.

Recordings performed on, to name just a few.

Major Lingo- All through My Body

Darryl Icard is living in Scottsdale Arizona, and has begun a New Journey in the band Llory McDonald and Combo Deluxe.  An Arizona based band from Jerome, Arizona and is sure to take music to a new place with one of Arizona Legendary artist.

Steve Botterweg is a native Arizonan and has been performing on drums in bands professionally since he was 13 years old.  In high school he started playing in experimental bands playing drums, marimba and synthesizers…arranging, producing and recording. One of the bands, Poet’s Corner (signed to Placebo Records) created a buzz in the early days of the punk scene with live shows in Arizona and California that had US and international radio air play.  He has performed on stage with the Red Hot Chile Peppers, Los Lobos, Derrick Trucks Band and many other performing artists.  Steve is also the co-owner of Ghost Town Recording Studio in Jerome Arizona.  He has recorded and produced many bands and artists.  He has worked in the studio with Pete Sears (Jefferson Starship, Hot Tuna), Steve Kimock (Steve Kimock Band)and a few other well known artists.  More recently he had a twenty year run as the drummer with Major Lingo, a popular Arizona highway band.  He is now playing drums with Llory McDonald, another well known and respected Arizona musician, as a member of Combo Deluxe along with a musical cohort of many years, Darryl Icard, on bass. 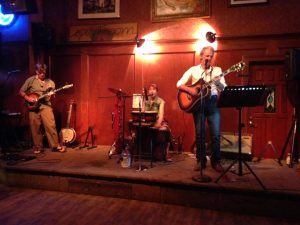