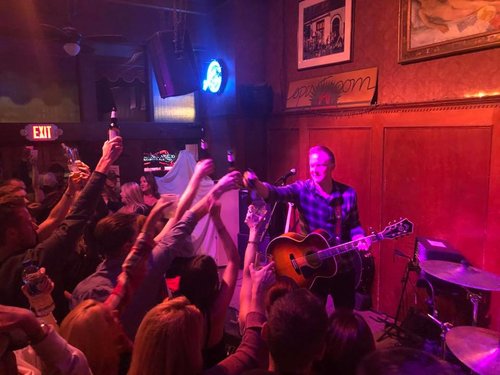 Please join us for a night of music with Stephen Ashbrook & his band! A local favorite. Be sure to arrive early we are always packed when Stephen visits!

West Coast singer/songwriter Stephen Ashbrook had access to only two records growing up (Simon & Garfunkel’s Bridge Over Troubled Water and Jesus Christ Superstar), both of which were enticing enough to send the California native on a hunt to his local library to expand his musical horizons.

Citing heroes as diverse as John Steinbeck, the Rolling Stones, and Winston Churchill, Ashbrook honed his chops amidst the fertile late-’90s Tempe, Arizona alt-rock scene, where he took home The Phoenix Tribune’s Best Acoustic Performer title in both 1998 and 2000; he even got to play for President William Jefferson Clinton, at the request of the White House.

Known for his rich baritone, smooth falsetto, and penchant for open-road heartland folk-rock in the vein of Tom Petty, the Wallflowers, and Joe Henry, he released an EP, About Last Night, in 1993, followed by a full-length eponymous studio album with his band Satellite in 1995.

His solo debut, the critically acclaimed Navigator, arrived in 1998, with Drive and American B-Sides, the latter of which featured members of the Gin Blossoms, the Pistoleros, and Dead Hot Workshop, arriving in 2001 and 2002, respectively.

Ashbrook relocated to Portland, Oregon after the arrival of the latter, releasing his first live collection, Double Live @ Long Wong’s, in 2004, and White Balloons, his sixth studio album, in 2008. 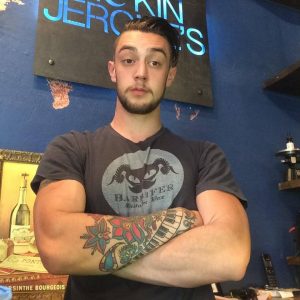 A Jerome original & favorite! Get your day drinkin’ on with the likes of Moondog offering you some Country Folk Rock Blues with an Outlaw Hippie Attitude!!! Every Friday at Spirit Room 1-4PM
8:00 pm Frizzy & Edgy
Frizzy & Edgy
Feb 21 @ 8:00 pm – 11:00 pm 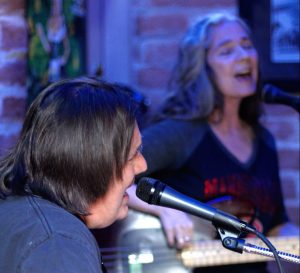 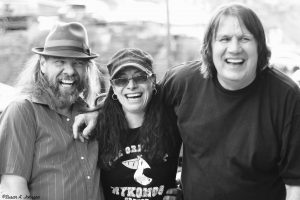 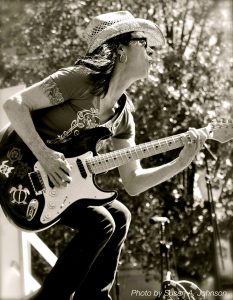 A Jerome original & favorite! Get your day drinkin’ on with the likes of Moondog offering you some Country Folk Rock Blues with an Outlaw Hippie Attitude!!! Every Friday at Spirit Room 1-4PM
8:00 pm Cattywampus
Cattywampus
Feb 28 @ 8:00 pm – 11:00 pm 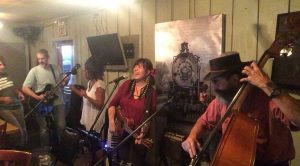 Cattywampus is one of Arizona’s premier party bands..Acoustic pop and rock lay the foundation..a bit of bluegrass thrown in for good measure.. upright bass…ukuleles..groovy guitar.. kickass vocals..and a spin on everything from Aretha to Zeppelin.[...]
View Calendar
Add